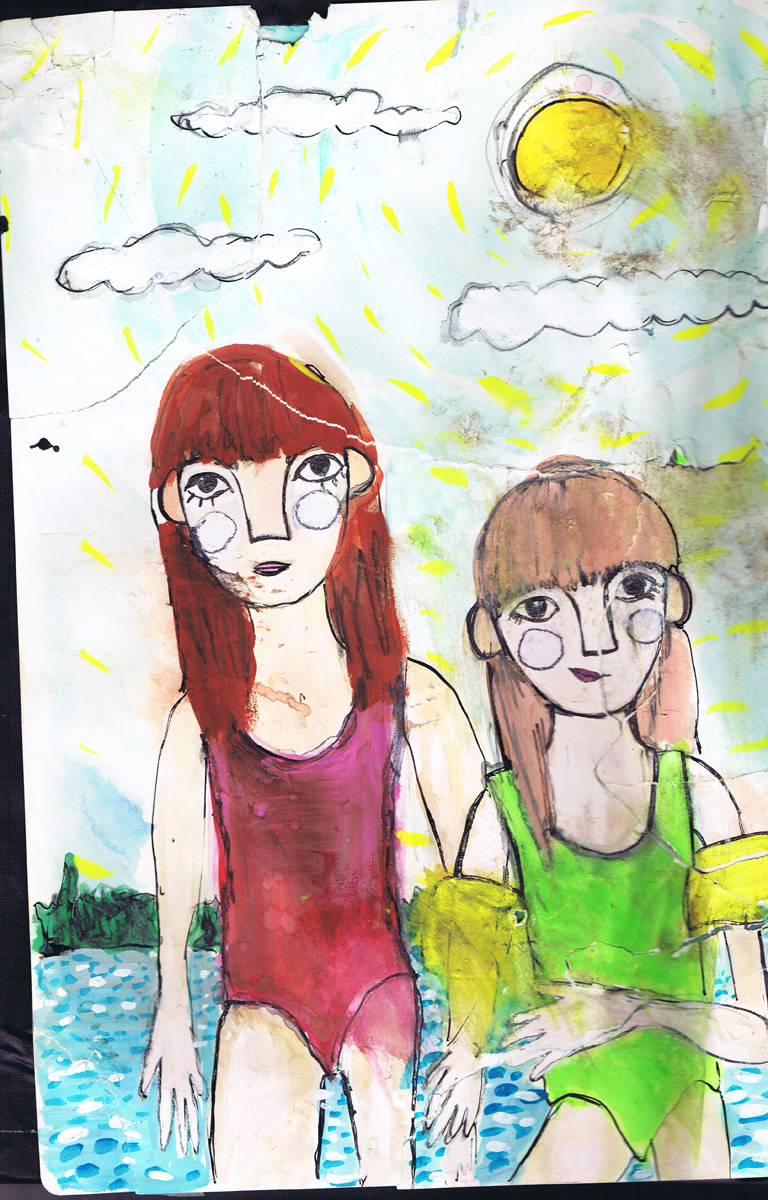 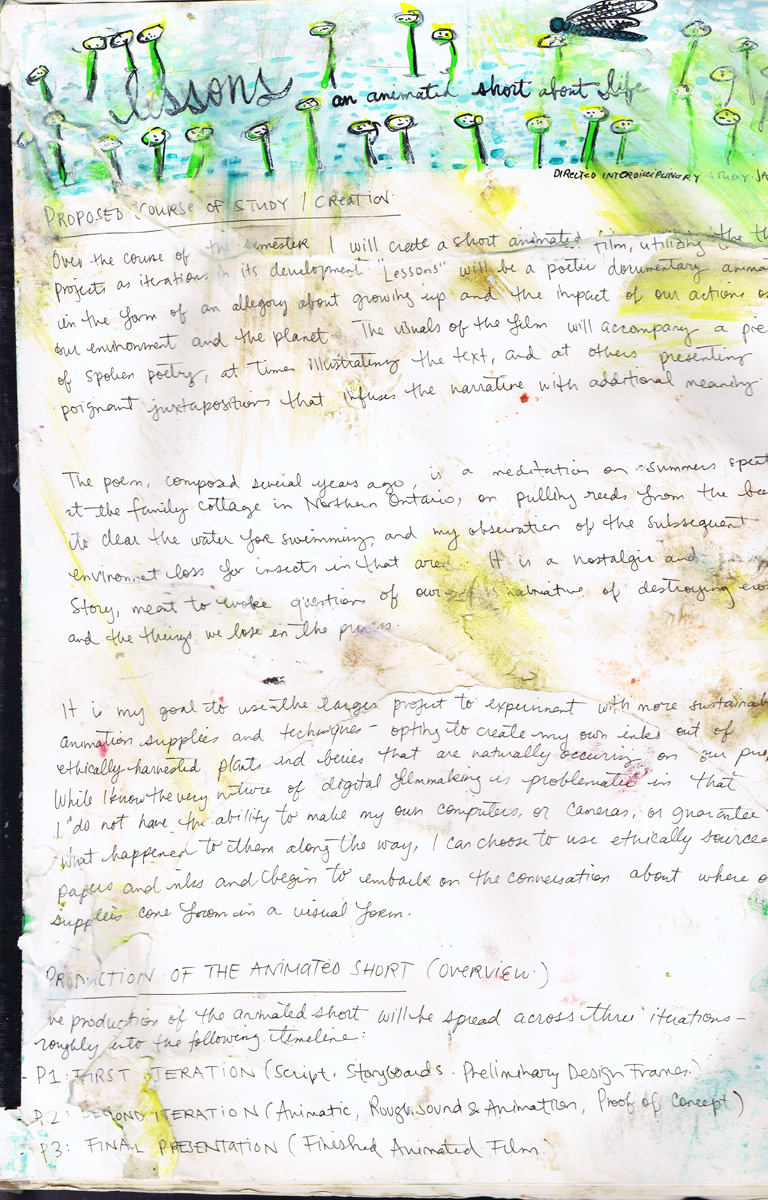 Over the course of the semester I will create a short animated film, utilizing the three projects as iterations in its development.  Lessons will be a poetic documentary animation in the form of an allegory about growing up and the impact our actions have on our environment and the planet.  The visuals of this film will accompany a piece of spoken poetry, at times illustrating the text, and at others presenting poignant juxtapositions that infuses the narrative with additional meaning.

The poem, composed several years ago, is a meditation on summers spent at the family cottage in Northern Ontario, on pulling reeds from the bay to clear the water for swimming, and my observation of the subsequent environment loss for insects in the area.  It is a nostalgic and personal story meant to evoke questions of our larger narrative of destroying ecosystems, and the things we lose in the process.

It is my goal to use this larger project to experiment with more sustainable animation supplies and techniques – opting to create my own inks out of ethically harvested plants and berries that are naturally occurring on our property.  While I know that the very nature of digital filmmaking is problematic in that I do not have the ability to make my own computers or cameras, or guarantee what happened to them along the way, I can choose to use ethically sourced papers and inks, and to begin the conversation about where our supplies come from in a visual form. 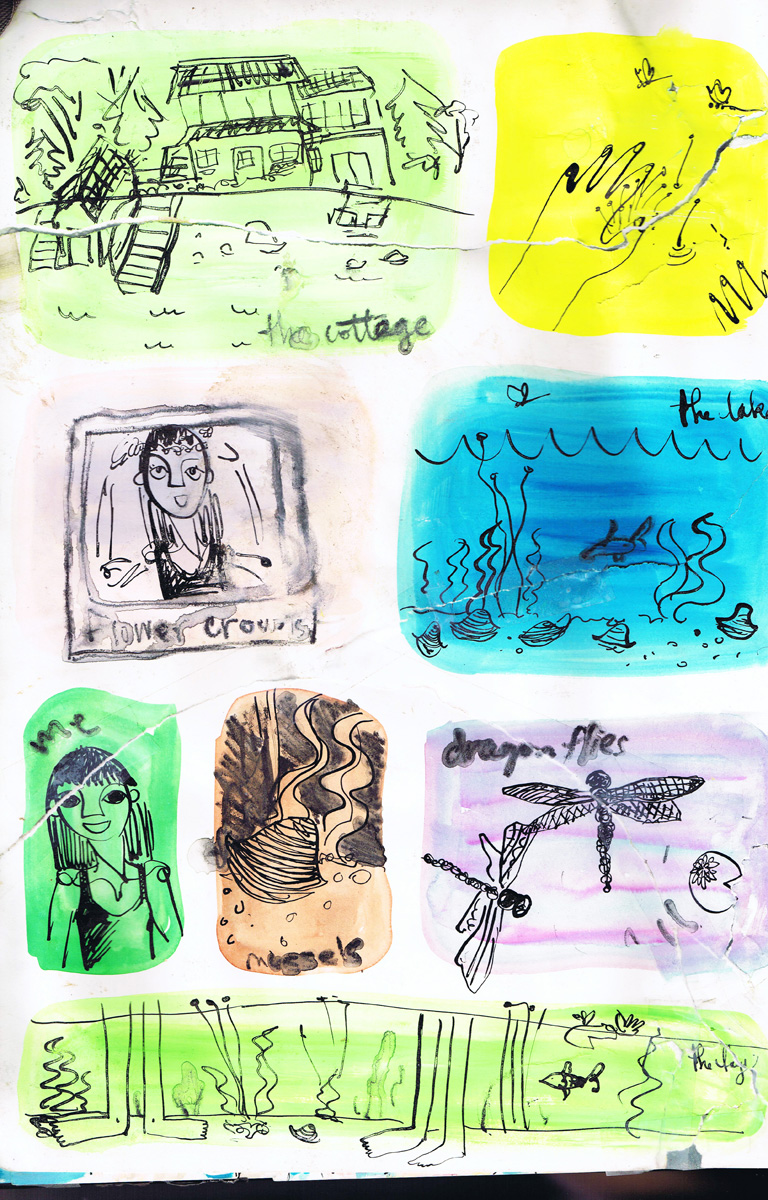 Production of the Animated Short (Overview)

The production of this animated film be spread out across the three iterations roughly into the following timeline: 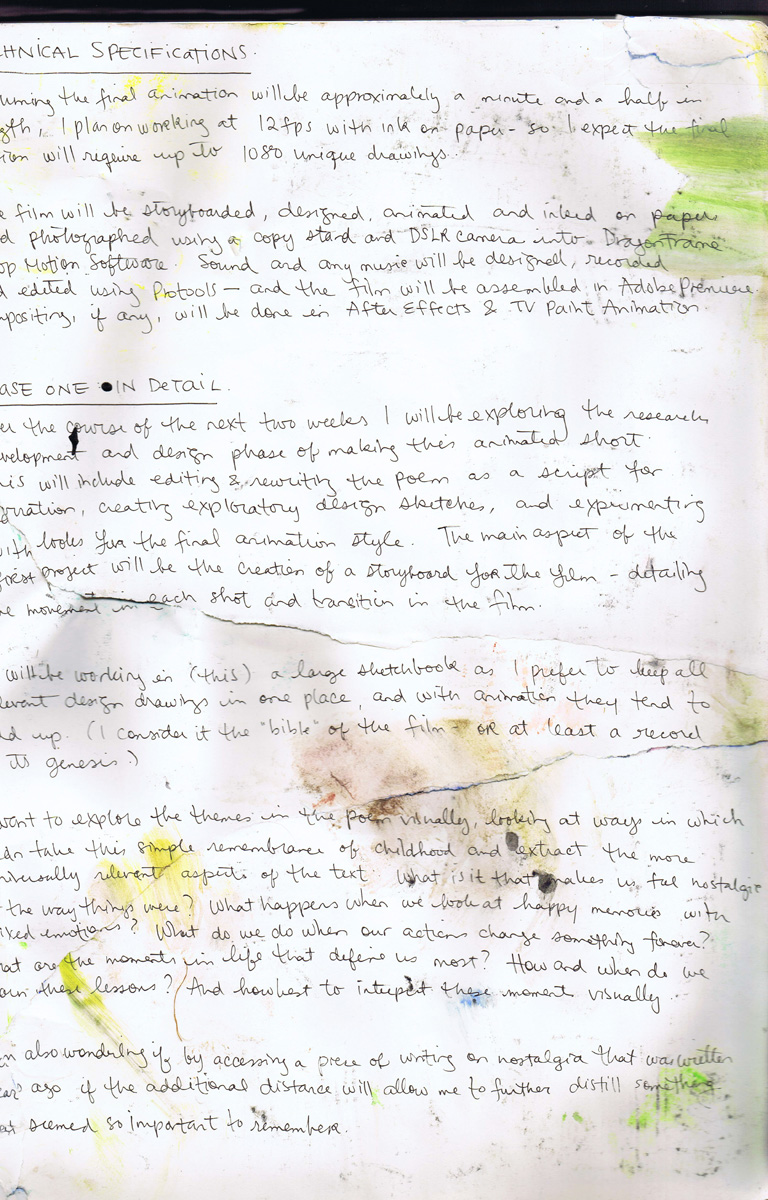 Assuming the final animation will be approximately a minute and a half in length.  I plan on working with ink on paper, and at 12fps (frames pre second) I expect that the final version will require up to 1080 unique drawings.

The film will be storyboarded, designed, animated and inked on paper, and photographed using a copy stand and DSLR camera into Dragonframe Stop Motion software.  Sound and any music will be designed, recorded and editing using ProTools, and the film will be assembles in Adobe Premiere.  Compositing, if any, will be done in After Effects or TVPaint Animation. 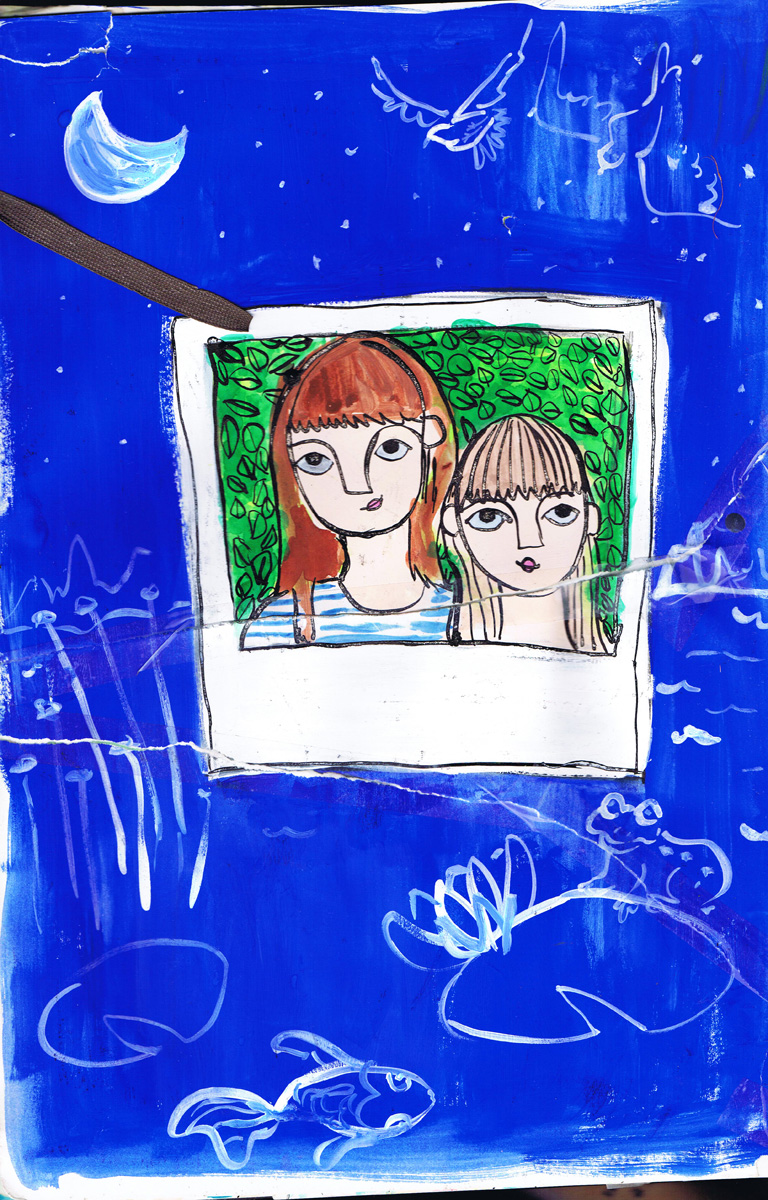 Over the course of the next two weeks I will be exploring the research, development and design phase of making this animated short.  This will include editing and rewriting the poem as a script for narration, creating exploratory design sketches, and experimenting with potential looks for the animated style.  The main aspect of the first project will be the creation of a storyboard for the film – detailing the movement in each shot and transition in the film.

I will be working in a large sketchbook, if that is acceptable, as I prefer to keep all relevant design drawings in one place, and with animation they tend to add up.  (I consider it the “bible of the film,’ or at least a record of its genesis.)

I want to really explore the themes in the poem visually, looking at ways in which I can take this simple remembrance of childhood and extract the more universally relevant aspects of the text.

What is it that makes us feel nostalgic for the way things were?  What happens when we look at happy memories with mixed emotions?  What do we do when our actions change something forever?  What are the moments in life that define us most?  How and when do we learn these lessons?  And how best to interpret these moments visually?

I am also wondering if by accessing a piece of writing on nostalgia that was written years ago if the additional distance will allow me to further distill something that seemed so important to remember.

The poem goes as follows: