Over the course of the second phase of production I moved from the preliminary storyboards
into the very start of production work. This phase included a lot of digital editing, and a lot of
drawing, even more planning in some ways than drawing.
The completion of Project 2 included the following pre-production & production work:
– Scanning of all Storyboards
– Cutting storyboards into individual frames
– Development of Preliminary Animatic
– After effects demo camera moves for animatic
– Recording of Scratch Track for voice
– Preliminary ambient sound design
– Drawing of all layout frames for film (approx 50 unique drawings) 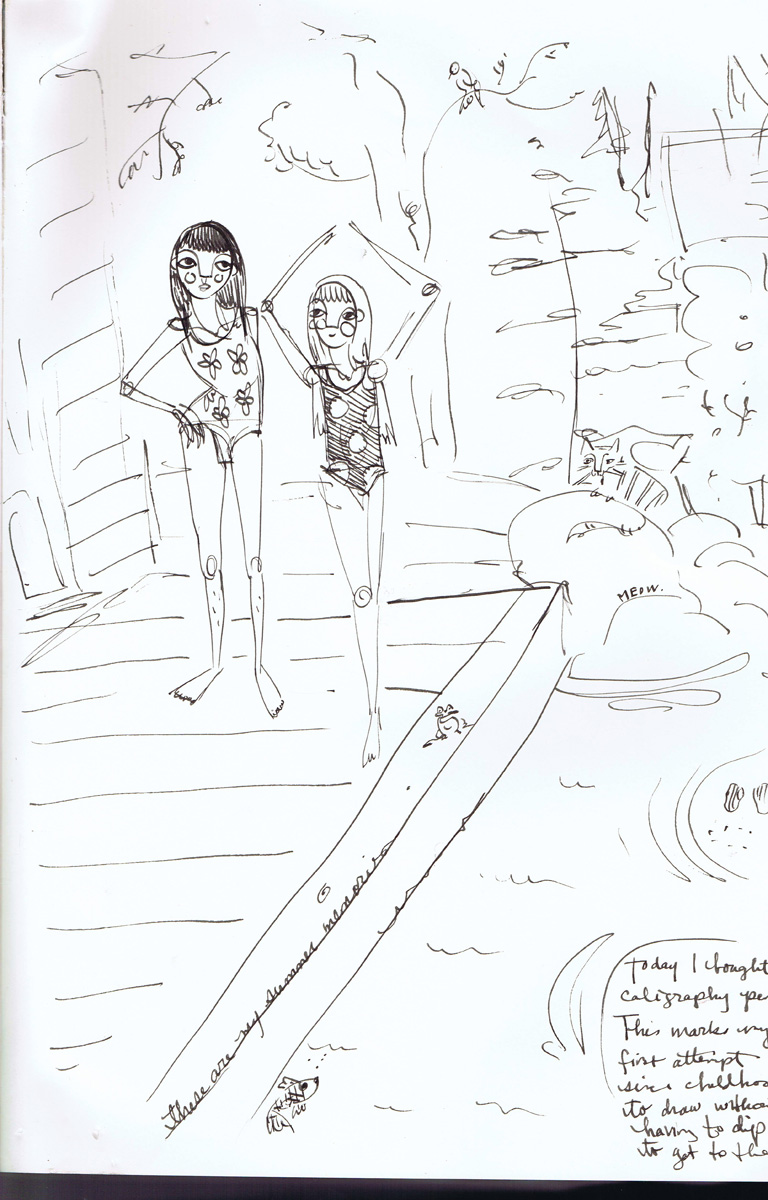 Reflection on Work to Date
While I did not get as far as I would have liked to, realistically I presented more work than I would have been able to if my final P2 presentation had not been delayed due to illness, and then a field trip.
I am pleased with the amount of work I was able to present, and with the feedback I received (generally encouraging), though do have some concerns moving forward considering how much work I have already shown, and upcoming deadlines for the next iteration of the project.
This will be the first animation I have completed where I first mapped out each shot completely before even beginning to animate. That is not to say that work will not continue to change and evolve – and maybe I will never work this way again, but it did seem to be a more measured way of controlling the whole film at once. Historically I have worked by doing layout drawings for one shot, and then animating it before moving onto the next. By working chronologically through the process I found that more than any film I have drawn before I was thinking holistically about the project – rather than scene-by-scene as they sit next to each other, or simply one scene at a time.

CHALLENGES & ISSUES / MEDITATIONS, RUMINATIONS & THOUGHTS
Throughout this phase of development there were definitely many challenges to the continuation of this work. One was simply time – converting my work to a digital format, and to one that moves through time (i.e. video file) is an exceptionally time consuming process. One of the challenges of working on paper in the storyboard  phase, is that unlike concept art – where you can scan of photograph an image and not have to continue to manipulate it once digital, my storyboards turn into my animatics – redrawing each frame after all would
be exceptionally time consuming, and potentially a waste of time if I am not going to animate in digital software.
Drawing my storyboards on paper means that each one is unique. If I had worked on my storyboards in Illustrator or Photoshop, for example, if one character moves and the other doesn’t I can just redraw the one from frame to frame. By working on paper I am redrawing every element every time, which can make placing those storyboards in a timeline a jittery viewing experience. The approximation that is made by the eye can be lost completely when the jump from one photo to another has a visible jolt. The digital eye is more exact than our own. Overlaying an image on a screen reveals the inconsistencies that two sketches on a page hide. So working between the two is a funny kind of hybrid art. One that is argued to be less expensive than developing film, but of course it is more niche than simply working digitally – arguably the industry standard across multiple industries in the animated world.  Those of us who are still in love with the way a sculptural form moves through temporal space (as in stop motion puppetry) or the way an ink or paint sits on or soaks into paper, and dances from frame to frame (as in hand drawn 2d animation) or in the magic of a pile of sand
telling stories in shadows (ex. Under camera animation) become kinds of creative masochists. The equipment we are using is not explicitly designed for our workflow – must we become moving image hackers?

But I digress from my work on this project to theorize about my practice and the world in which I practice. I am reminded, though, that I am not living in a world designed for the kind of art I am trying to make. Perhaps the challenge is some of what makes it interesting. During this phase in production I attempted to purchase a “Field Guide” in a 16:9 / HD Aspect Ratio. This is essentially a piece of transparent acetate with a series of rectangles, from the smallest in the middle expanding outward at relative widths growing by one inch. The field guide is used on a lightbox under your paper to allow a consistent frame size and location on the paper from shot to shot. The measurements are also used as a reference for scanning resolution when digitizing work on paper. Maybe this sounds like a specific thing, but a field guide was once considered an essential part of an animators toolkit, and I own one but it’s buried, I’m sure in a pile of paper (among many piles and boxes of paper) in my studio, and as it is just a piece of acetate, who knows if I’ll ever find it. To make a short story that I’ve made long short again – I could not find one. Not a singly art supply store in Toronto seems to stock them anymore. Apparently you used to be able to buy them at Gwartzman’s (RIP) but gone are the days of multiple independent art supply stores to a neighbourhood. I’m amazed by this. A true sign of the move of animation away from paper – arguably one of the places it originated. There was one at the Curry’s on Dundas, but it was so old the aspect was from before the switch to HD as a standard. The part of me that
personifies objects felt a bit bad for it – a thing made for a purpose that has outlived its purposes need. I would have taken it home myself if the darn things weren’t the most overpriced pieces of acetate in existence, (they must cost about 5 cents to produces but they retail for nearly $20 sometimes – oy vey!) What does it mean to try to innovate in a part of an artistic practice that is looked at as dying? Why do I get so obsessed with old technology? 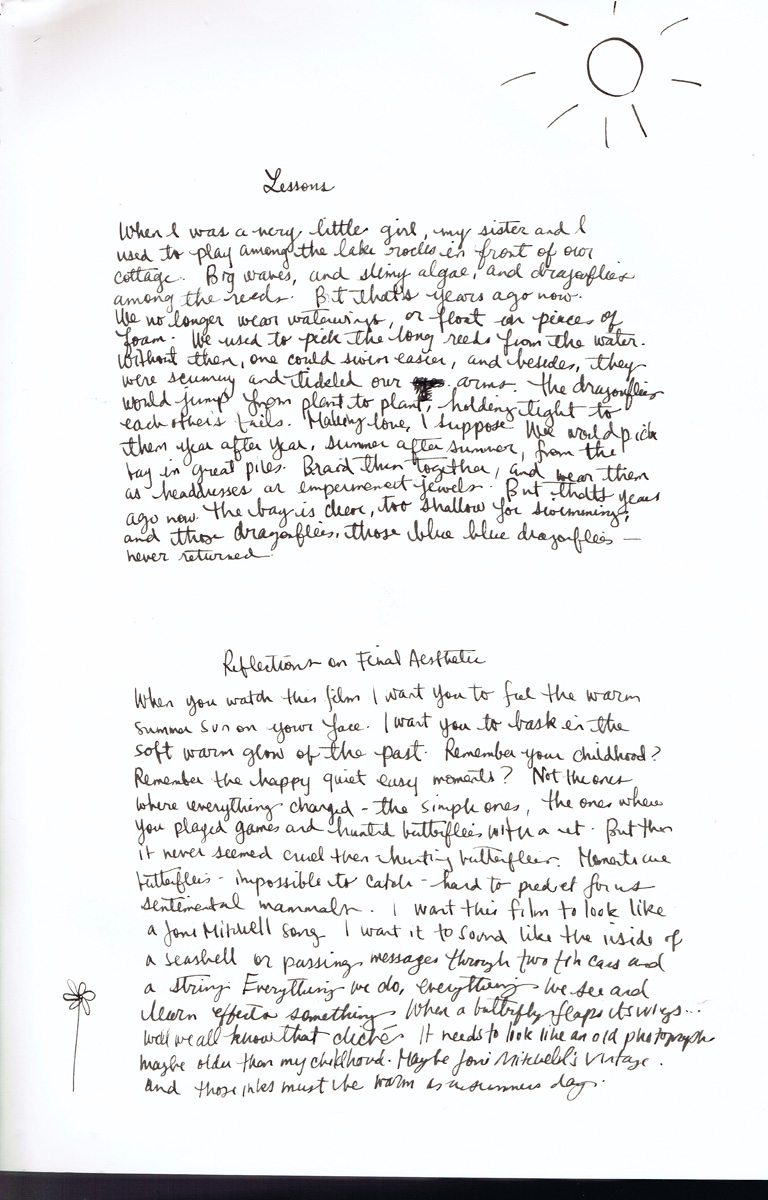 What did I want to do that I didn’t get around to
I still have yet to start animating, though I have stacks and stacks of paper around, and have made images move and transform digitally – so what I really mean is I have not drawn any of the scenes in full yet. I plan on continuing to plan this one out using key frames and then in between drawings instead of going straight ahead as I usually do, this style is called “pose to pose” – you draw the most important poses first and then the movement between is broken down into smaller and smaller gaps.
I wonder if I will lose some of the nice movement I get from spontaneity, but I think at least experimenting here is a good stop in the direction of refining my craft.
Is unpredictability ultimately a younger artists game? Or do we pass through all these phases in waves ant at different times?
Next Steps / Moving Forward
Moving forward to the next step will be a challenge as it does feel a bit soul crushing how much work I have to do. I will try to work at a moderate pace (very out of character) since this kind of project can lead to burnout. I am excited to see what a scene will look like once finished, but all in time.
DESIGN & MEDIA QUESTIONS TO ADDRESS
I have been conducting preliminary research on tree free paper. I once had this amazing case of hemp printer paper that a family friend ordered with a larger load for their small business. I have been looking for it ever since but it seems very hard to find. It was lovely because it wasn’t bleached and had a great texture of the hemp fibre to it. So far I can’t find any hemp paper that isn’t HUGE, needing to be hand cut down. It seems to be very much a specialty item. I did find tree-free paper made of sugar cane – but knowing it certainly cant originate from Canada, I do wonder how much more ethical or eco friendly this paper is. At what cost? From whose hands?)
Continued musings on film in the gallery space
Additionally I’ve been thinking a lot about showing still images alongside the film in which they are moving. About the ways in which this is effectively unmasking the man behind the curtain / revealing the magic of what is happening to an audience – and what the effect on the viewer is or would be.