Chapter I: The City Girl Finds the Country 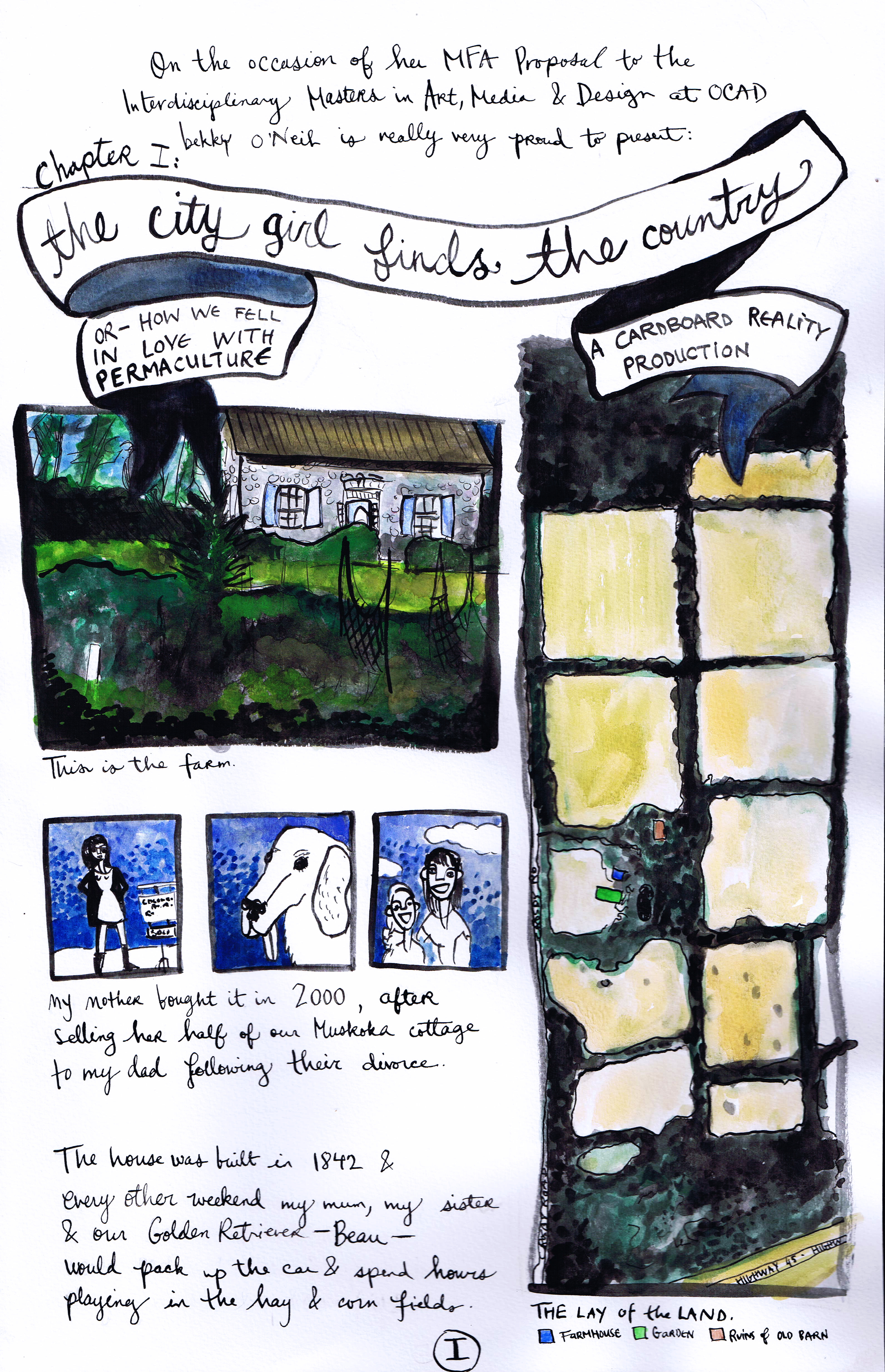 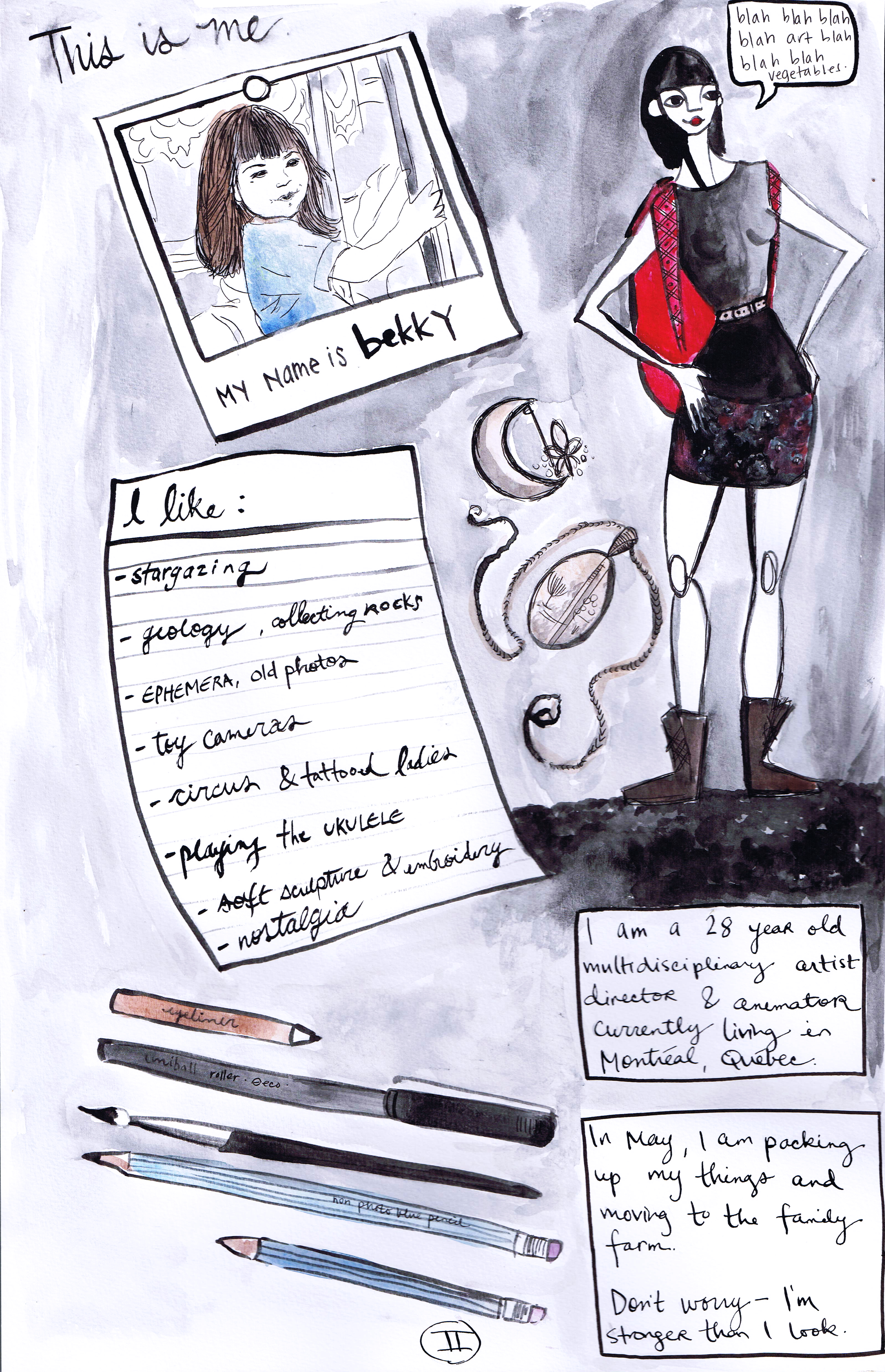 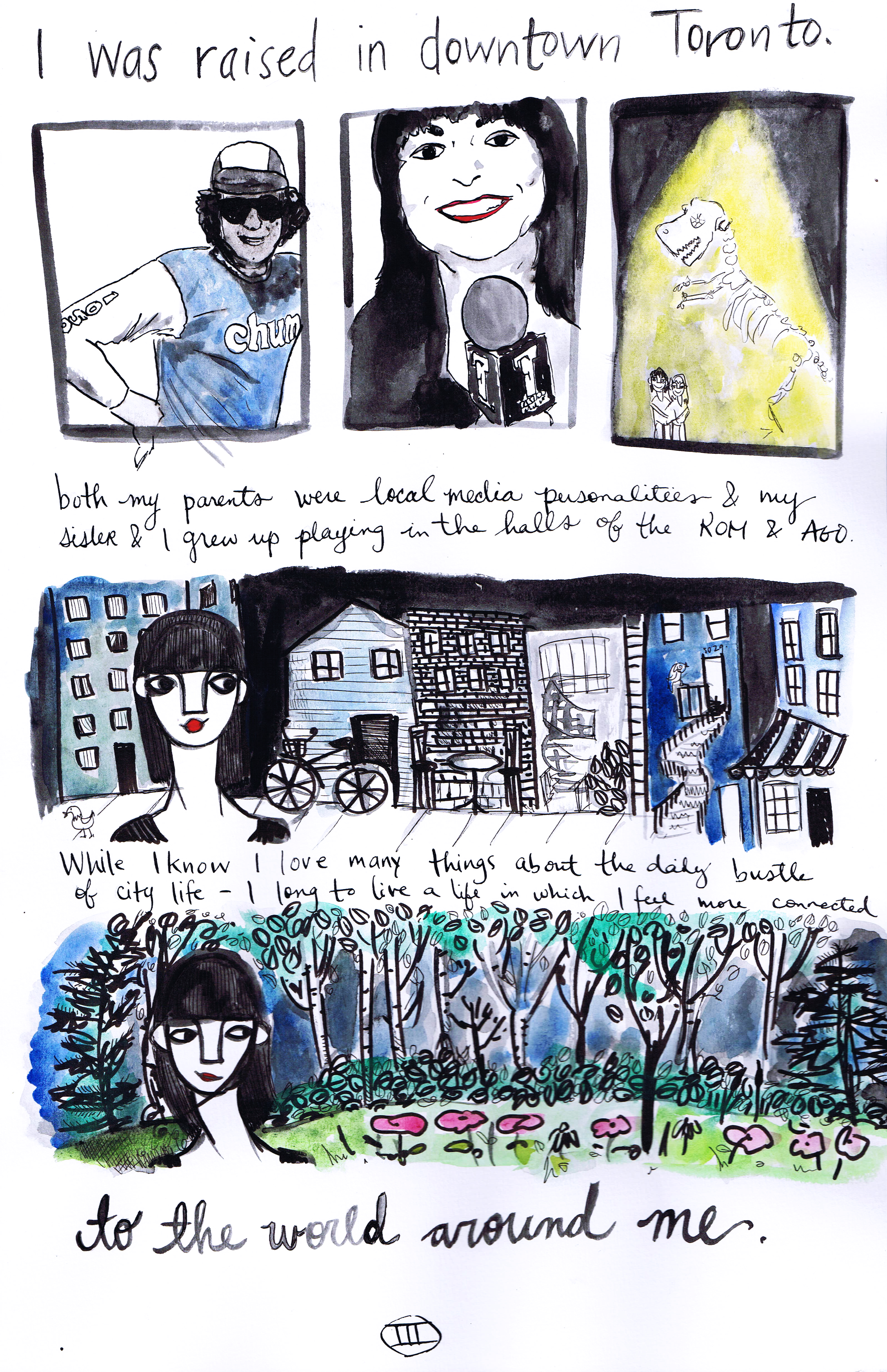 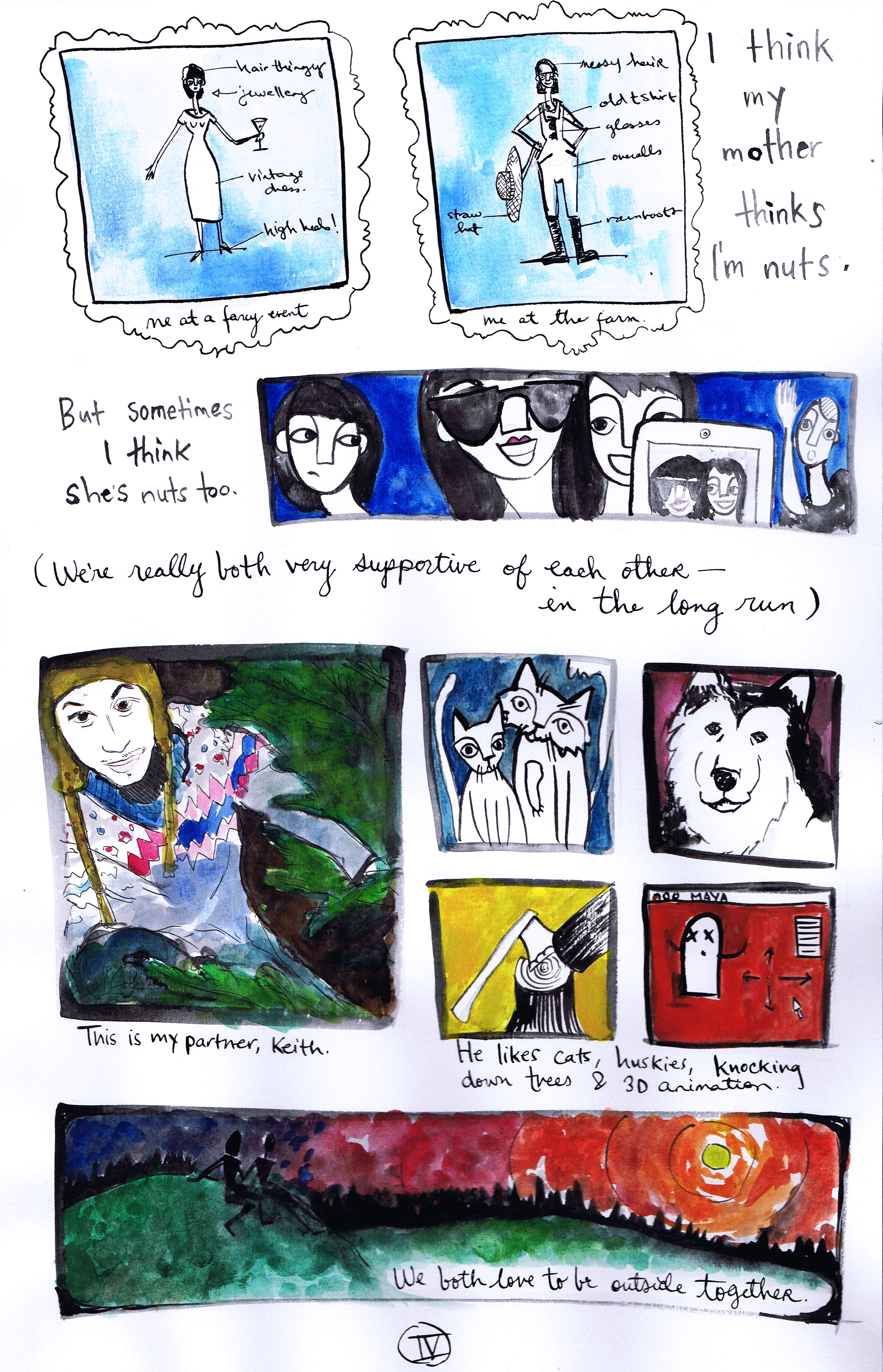 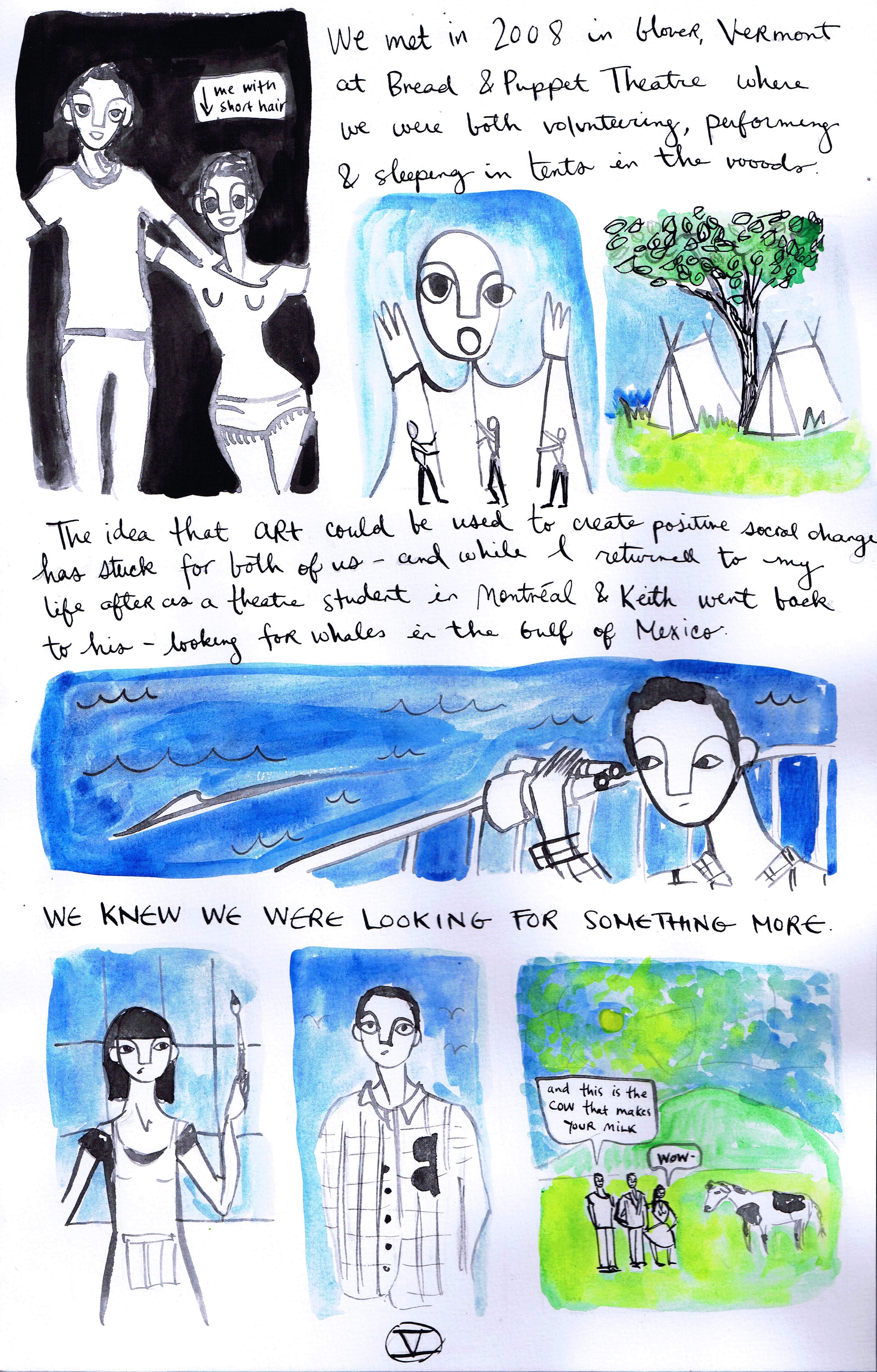 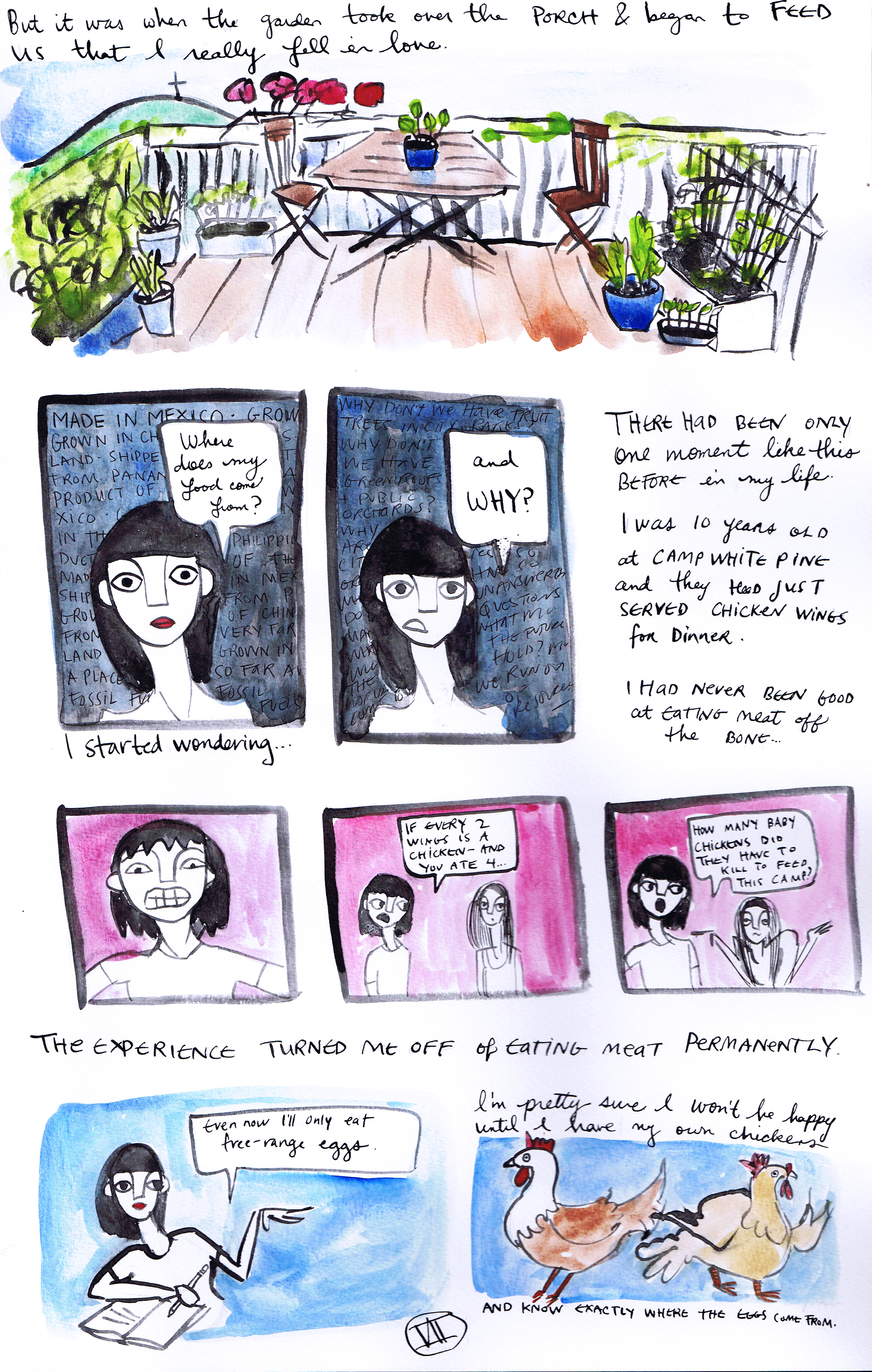 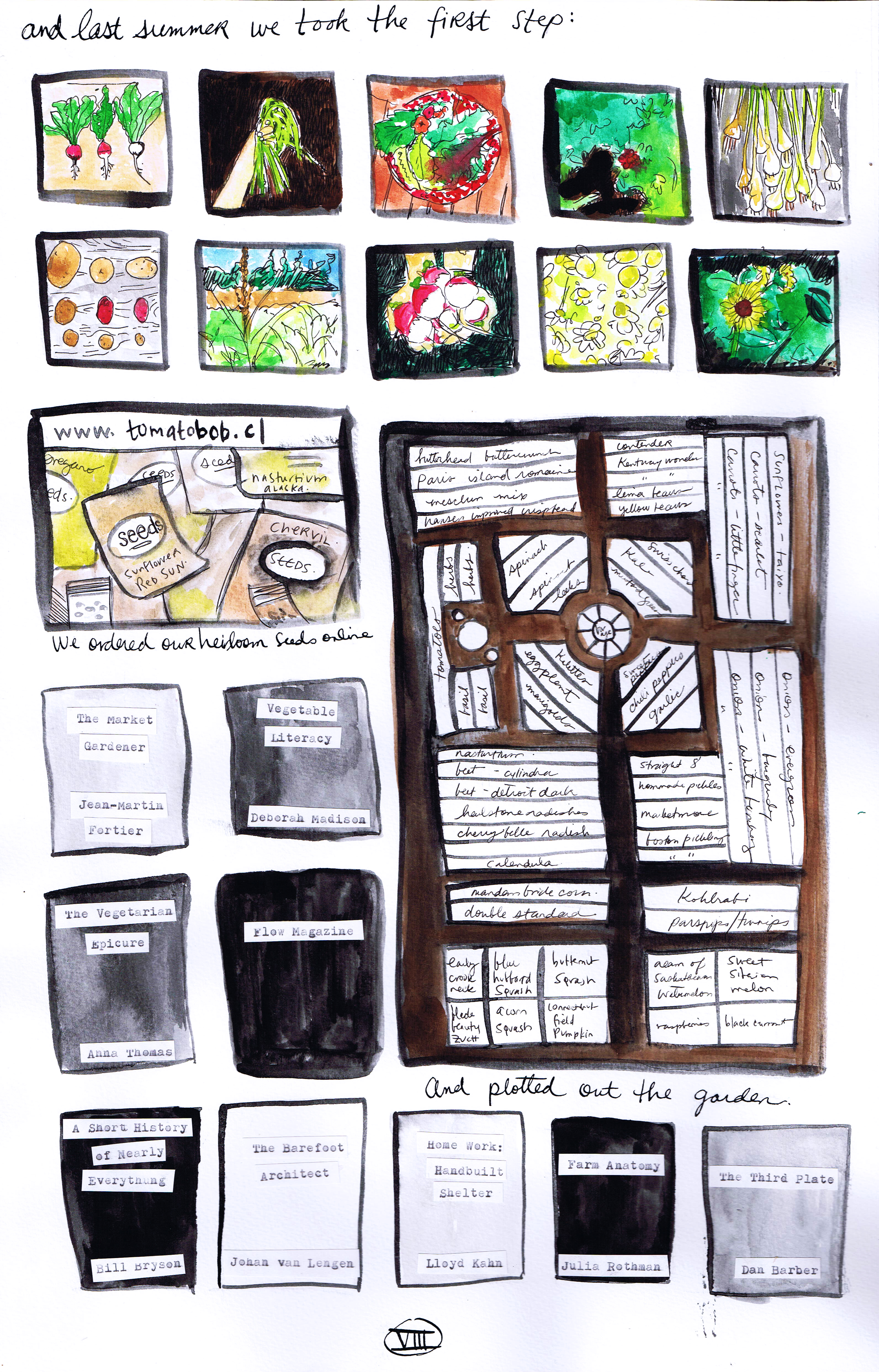 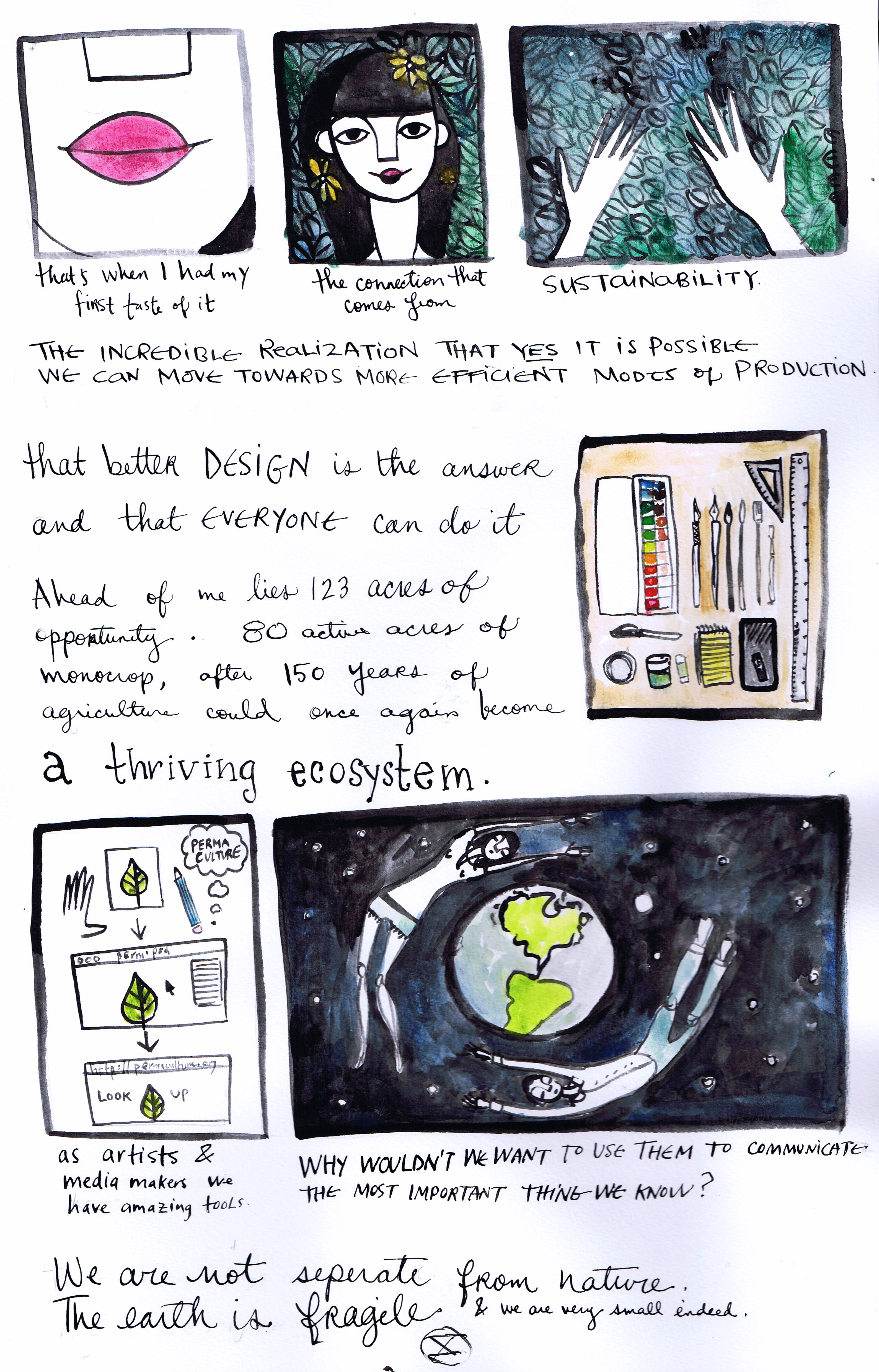 “Still there are seeds to be gathered, and room in the bag of stars.”
– Ursula K. Leguin

My background is in directing animated films, and my passion is for biodiversity, sustainable agriculture & permaculture. For the first time in human history we have before us an entire generation that understands that eating is an ethical act. Many of us long to return to our roots and learn about ancestral practices, about what the plants that surround us are named, and where our food comes from.

In May my partner and I are moving out to my family’s farm in Roseneath, Ontario.  Roseneath is located in Northumberland County, a little over an hour from Toronto, just down the road from the Anishinaabe Mississauga Reserve at Alderville. We intend to set up an organic farm as well as an independent production studio, where we will grow, process and distribute sustainably created goods & media. Eventually the goal is to be entirely off the grid – creating a space that is not only self-sustaining but which can also serve as a model for how artists and creative entrepreneurs can take measurable steps to reduce their ecological footprint, and live in greater harmony with the planet.

I am proposing a course of study in which I will explore the nature of this ecological experiment through the animated image. I am interested not only in recording the act of establishing this space, but also in the various lenses with which one can regard such an experiment. I am excited about the ways in which permaculture can be employed as a tool of regenerative design on land which has previously been cultivated as monocrop. I look forward to exploring both developing technologies and anecdotal wisdom to create the most beautiful and ecologically efficient growing conditions.

Some examples of investigations I will pursue include:

– Creating materials with which to animate, and working with natural resources.
(For example constructing sets of found materials, and puppets from wool from the neighbours’ sheep. Or bringing plants to life under the camera in a dance.)

– Utilizing time-lapse photography to capture progress, the change of seasons, our crops growing.

– Attaching a Go-Pro to a drone and filming cinematic shots of the landscape from above.

– Interviewing various members of the community about their agricultural practices, the history of the space, their relationship to the land.

– Rotoscoping live action film to play with the advantages when using animation to abstract the real, rendering it more universal.

My aim is to gather these varied materials and to assemble them into an animated documentary film, a powerful means of creating dialogue around social and political issues. Animated documentaries are inherently performative and self-reflexive, and make the hand of the artist much more visible than in other modes of documentary filmmaking.

I am interested in art’s ability to sway minds and inspire change. I am pursuing my graduate studies part-time, as it will allow me to gather materials over the course of several years. This is a project worth exploring, and with your support I would be honored to do that research at OCAD.